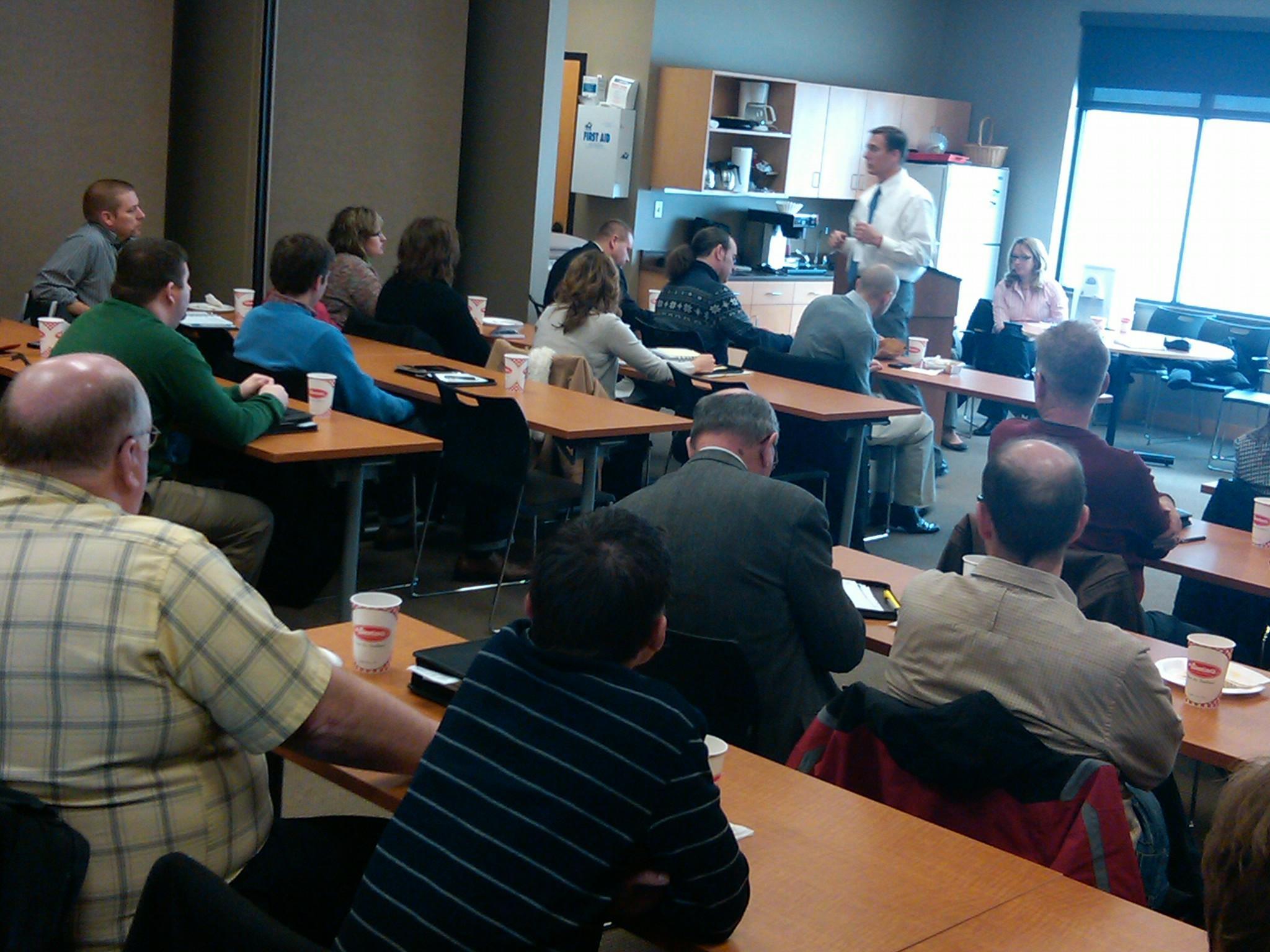 Recap from January 3% Club – Your Company’s Roadmap for Success

On Friday, January 14, Boyd Ober facilitated the 3% Club luncheon entitled, “Your Company’s Roadmap for Success.” To start things off, Boyd asked everyone to go around the room , stand up, and introduce themselves. It was a very simple instruction, however, each individual stayed seated throughout introductions. It was later brought to the groups’ attention that nobody followed directions, but why did this happen? We face choices everyday — there are many different paths we can take. We are also creatures of habit. When the first person to introduce themself chose not to stand up, everyone else followed in the same manner, not wanting to step out of their comfort zone.

The group discussed the concept of having a vision. Often times, visions are kind of cloudy. The further out the vision is, the harder it is to see. It is crucial to share your goals and visions with someone. If you really desire success, accountability is part of that roadmap. Also, we must break our habits of thought in order to find ourselves moving in the right direction.

The roadmap for success starts with you as a leader. The group discussed what it means to be a leader. Traits that came to mind included: strong, responsible, decision maker. A leader is a role. Leadership means making things happen. Leadership is a process, and this process is very important.

The three responsibilities of a leader are:

If we can connect management and leadership with our goals in the middle, now we have the fundamentals for a roadmap.

Future and present are connected, even though it might not always be clear. Everyone took time to write down words that described their future. Next, they thought of words to describe their present. When we go from present to future, and have goals in the middle, being able to execute is key.

“In order to achieve a long term goal, most people don’t focus on how to get there,” said Jason Petersen, Principal at Turbine Interactive. “It’s so important to focus on execution everyday, which is inspired by your vision.”